Ensemble CONCEPT/21 (EC/21), a new music ensemble at Indiana University South Bend thrives in performing and presenting music of the 21st century to new audiences, with a special emphasis in featuring works by young composers from the Midwest. Directed by Spanish-American composer Jorge Muñiz, EC/21 includes three exciting programs in its 2015-2016 season, bringing a diverse selection of compositions from across the Atlantic. All performances are preceded by informal conversations with visiting composers and the audience.

In the first program of its second season, the ensemble will be featuring works by distinguished composers from the Catalan Association of Composers, a composer’s organization from Catalonia (Spain). The members of Ensemble CONCEPT/21 are delighted to present these works in Chicago as part of the 10th Latino Music Festival.

In my current research it is one of the first experimental group, a complex project and very significant that the thread (visible) the myth of Plato’s cave wants to communicate a decidedly protest message of equality and freedom of expression. The work is slightly dramatized by the same musicians.

Image: on a canvas of the American Kevin Horst has done a visual installation by Cristina Bermejo that dominate the back of the stage.

About Ensemble CONCEPT/21 is a new professional contemporary music ensemble at the Ernestine M. Raclin School of the Arts, Indiana University South Bend. The concert will take place on Friday, November 14 at 7pm in the state-of-the-art, newly renovated Louise E. Addicott & Yatish J. Joshi Performance Hall at IU South Bend. The three concerts in this debut season are offered thanks to the generous support of the Indiana Arts Commission/Community Foundation of St. Joseph County, the Florence V. Carroll Charitable Trust, and the Ernestine M. Raclin School of the Arts.

About Enric Riu is currently living in Harvard, IL (USA). He got his Magister Artium (degree) at the Universität für Musik und darstellende Kunst in Vienna, Austria, in 1999. Simultaneously to his official studies with Michael Jarrell and Dietmar Schermann he received formation from master compositors as Benet Casablancas, Gyorgy Ligeti, Helmut Lachenmann, Brian Ferneyhough, Cristóbal Halffter and Jonathan Harvey among others. Since those years he proved to be an enterprising and prolific compositor and he obtained scholarships (F.von Schiller Stiftung 1994), prizes (INJUVE 1997) and many premieres and concerts. He has also a DEA (Master) by the Universitat de Barcelona (2011), and he’s currently working on his doctoral thesis. As a composer Enric Riu is a fervent supporter of multidisciplinary projects. He actually focuses in the possibilities of improving the communication between the composer and his audiences by means of co-creation with the performers. In order to investigate in this field he usually works with renouned ensembles like Fonema Consort, Dúo Antwerp, Proyecto Hélade, Ensemble CONCEPT/21, and outstanding interpreters like double-bassist Kathryn Schulmeister, saxophonist Joan Martí-Frasquier, viola Sixto Franco, flutist Marc Horne, clarinetist Emily Beisel and pianist Andy Costello. Enric Riu has combined his composition activities with teaching, working as Musical Analisys instructor in centers like the Conservatori del Liceu, The Conservatori Professional de Música in Vila-seca and the Institut Andorrà de Música i Dansa in Andorra la Vella, among others.

During his student times in Viena he obtained valuable experience in Cultural management organizing different musical events for the Spanish Embassy and for the Instituto Cervantes. In Catalonia he suggested to the Salou City Hall the creation of a promotion plan for young talents, which ended up to be the Cicle de Joves Intèrprets de Salou (2007-2009). From march to june 2013 head of communications in the MIXTUR Festival of new music tendences, later Communication and Protocol in the Festival for Contemporary Music and Heritage SIRGA 2014; he’s still involved in SIRGA with different international projects. Currently collaborating with the Department of International Projects too, in the Latino Music Festival (Chicago). He has also shown compromise with the world of musical diffusion and communication. During more than six years he has collaborated with Radio Cambrils conducting and presenting his own music programme called Classic Sportif; he has been doing the same activity for Radio Seu until june 2013 with his programme called El Galliner . He is the author of a number of articles for different specialized publications like Tritonus, Transversal, Música d’Ara, Mundoclasico.com, Le Monde Diplomatique, etc. It is equally remarkable his activity as lecturer with different talks about Richard Wagner, Richard Strauss, Nazi aesthetics, between wars time and Carmina Burana by Carl Orff, piece that was his object of carefully study and presented as dissertation (DEA) in the University of Barcelona. 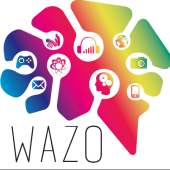